North of the Bow River, near what is now Cochrane, Alberta, the first peoples known as the Stoney First Nations hunted along the foothills of the Rockies called a prominent hill “Manachaban” or the Big Hill.

From it, they could look south across the plains, or west to the Rocky Mountains. Today, a portion of the Big Hill within the Retreat Centre lands is graced by the Stations of the Cross which overlook Mount St. Francis Retreat Centre. 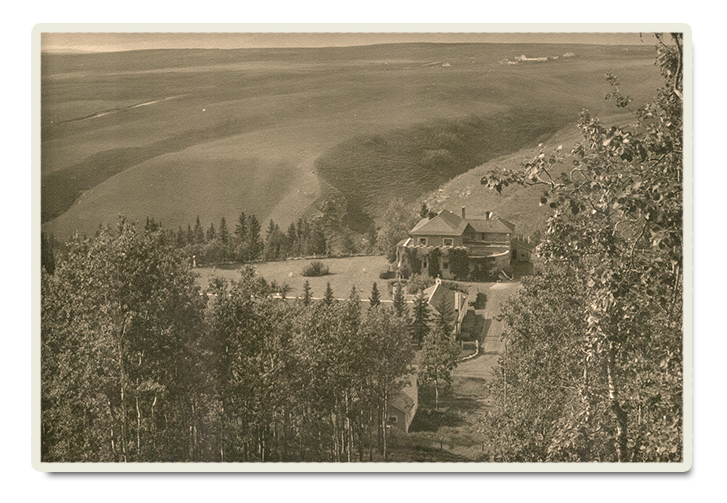 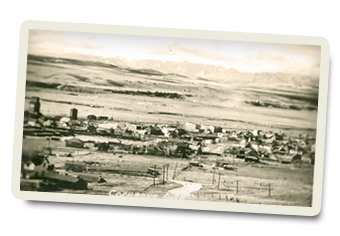 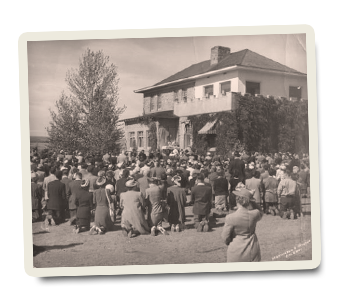 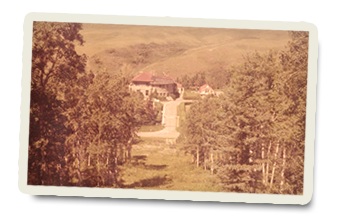 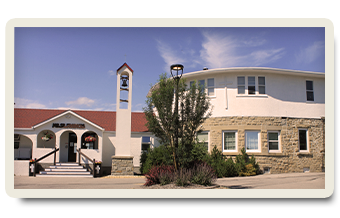 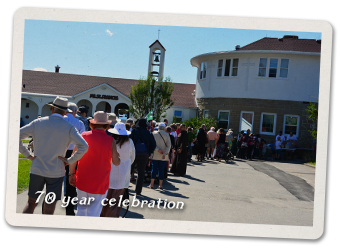 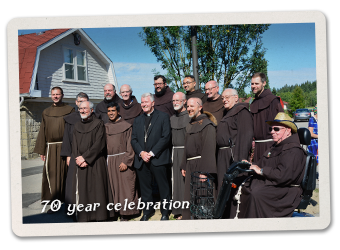 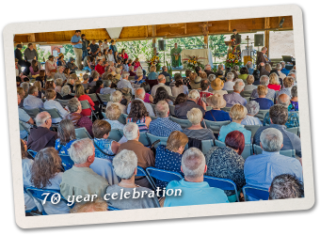 Mr. Charles Wellington Fisher (a local Member of Legislature until 1919) purchased a large ranch (now Mount St. Francis) with the promise to build his wife, Marjorie Powell, a castle in Cochrane. The original sandstone house remains a part of the Retreat today.

Les Syndics Apostoliques des Freres Mineurs ou Franciscains, The Franciscans, purchased the land from the McConachie family. Because the federal government did not recognize the Syndics of Montreal as a corporation in 1949, the property was held in the interim by Mr. Claire Cote, the Realtor and Agent of the Franciscans in the purchase agreement and the Bishopric of Calgary in trust for the Franciscans, until the Syndics were legally recognized in all of Canada.

The first of hundreds of lay retreats with 26 local businessmen.

The Sisters of St. Elizabeth join the retreat staff and have provided meals for the retreatants and friars for next 50 years.

More than 10,000 people had attended retreats at the Mount.

More than 50,000 people had attended retreats at the Mount. Over the years, the Franciscan friars have invited various members of the Sisters of Charity of St. Louis and different lay people to join the retreat team, modeling a collaborative approach to ministry.

For more information about the history of Mount Saint Francis, visit

For more information about the history of Cochrane, visit www.chapscochrane.com or https://www.cochrane.ca/351/History-of-Cochrane

Thank you!
Go to Top